From SCANDAL: A MANUAL

By March of 2003, thousands of American troops were poised to invade Iraq. Inconsiderately, Bush and Congress paid no mind to the long-planned Academy Awards. Arriving in Los Angeles, we found that almost every pre-Oscar party had turned into a prayer vigil. At an AmFAR fundraiser, Sharon Stone asked for a moment of silence for the families in Iraq. Stylists told their actress clients to dress in black and tone down the jewelry. Chauffeurs were told to leave their stretch limos in the garage and drive more military-looking Escalades.

We headed to the Beverly Hills home of Black Sabbath rocker Ozzy Osbourne and his wife Sharon. For months, they and Elton John had been planning a charity dinner for their foundations. But in the last few days, they’d debated whether to call the benefit off.

“We decided to continue because, war or no war, we are all fighting the war against AIDS and cancer,” Sharon told the crowd of about 100 gathered in a garden twinkling with candles.

By now, even Bush’s harshest critics were voicing their support of the troops. But some of the party’s older guests remained strident.

Tony Bennett remembered “the horror” he saw as an infantryman in World War II. “That was a good war—it had to be done,” he told us. “This isn’t a good war. . . . I’m hurt by what’s happening in this country.”

Guest of honor Elizabeth Taylor was fighting a stomach virus but she told me that what really “sickens me beyond belief” was Bush.

“I was a refugee when I came to this country because of World War II,” she said as we walked with her to the door. “I listened to the radio all the time and thought, ‘Why don’t the Americans do something?’ Now I think, ‘What the fuck are the Americans doing by saying [to Saddam], “Pack up your bags, mount a camel and get out of town!”’

Elton, who wore a diamond peace symbol on his lapel, said, “I’m not for the war. I love America. [But] you can’t say you’re against the war without being called a traitor.”….

[Two days later,] we were at the Independent Spirit Awards. I spotted Brad Pitt nibbling on his lunch. It had been a few years since Pitt had gallantly apologized for wrongly accusing us of printing his address. He was now a much bigger star. But he greeted me with a hearty handshake. Once again, the conversation turned to Iraq. What did Pitt think of the impending invasion?

“We can’t go back now,” said Pitt, who was wearing jeans and a white shirt with a buckle pattern. “We’re in this together as Americans. We’re going to have to go in and get the job done as soon as possible.”

Pitt didn’t buy Bush’s linkage of Saddam and Al Qaeda and wondered, “Why attack now?” But he respected Bush for “pushing the issue, so people were forced to take a stand.” Now that we’ve reached a diplomatic dead end, Pitt said, “We have to be productive instead of concentrating on what we should have done. Where do we go from this day forward?” …

After hitting a few more parties, we headed back to the Standard Hotel. Early the next morning, the day of the Oscars, the phone rang. It was Brad Pitt’s publicist, Cindy Guagenti.

“I’ve been calling every hotel in L.A. trying to find you,” she told me. “Brad said he talked to you yesterday.”

“That’s right. Is there something wrong?

“Well, he can’t remember exactly what he said.”

I began to suspect why Pitt had kept his sunglasses on inside.

Guagenti went on: “Would you mind telling me what you have him saying?”

I read her his quotes. She agreed that Pitt’s remarks were measured and respectful of the troops. Was he worried about being branded a traitor—as Elton had warned? Or did he fear that, by Hollywood standards, he hadn’t been hard enough on Bush? ....

As the death toll in Iraq mounted, Hollywood liberals became more vocal again. A year after Brad Pitt told me that America had to “get the job done,” we spoke at the premiere party for Pitt’s sword-and-sandal epic, Troy. Pitt agreed that Bush’s search for weapons of mass destruction had turned out to be a Trojan horse.

“There was a line in The Iliad that sticks in my mind,” said Pitt, “where Achilles asks, ‘What are we doing here, afflicting the Trojans and afflicting their land?’” 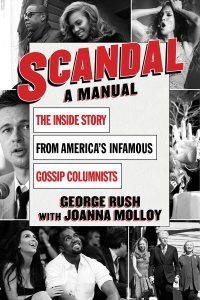 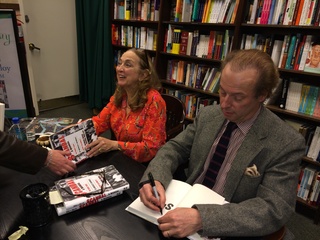